I am sure that in July 1877 when the first telephone was installed in a private residence, Alexander Graham Bell could not have imagined the tremendous impact his invention would have in the future.

Living in a small city in Cuba in the 1950’s a telephone was a commodity and not so easily obtained. I am not sure what the protocol was, and perhaps my parents did not rush to get one, but I remember there was a waiting list. There was a cigar and stationery store (King Kong) a few doors down and people trying to reach my father (who was a physician) would call that store and the owner or one of his clerks would come and get my father.  I do believe that the news of my birth reached the neighborhood via that phone.

I remember the magic day when we finally got our very own phone. We were so excited to finally get it even if it was a party line. There was still another waiting list for a private line.  The magic number was 9691 and it served our household, my father’s office and my mother’s beauty shop. Every time it rang my brothers, my sister and I would rush to answer – it became a contest.  Needless to say, the novelty eventually wore off and it would take a few rings before anyone answered hoping somebody else would. Finally we got our own private number – 2169. 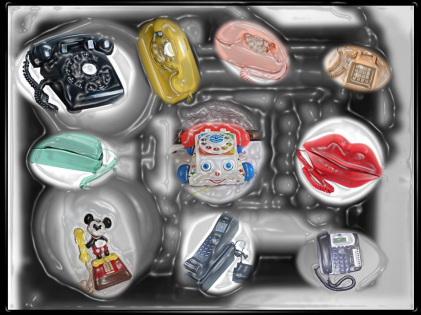 There have been many telephones and telephone numbers in my life since then. I do not keep up with the latest trends, but I do own a cell phone even if by now it is considered an antique.  But no matter what magic technology will bring in the future, it could never live up to the excitement that 9691 brought to me.

1 thought on “Have I reached the party to whom I’m speaking?”