Early that morning I got ready to go to Mass with Chunita. My parents were getting ready to go out of town to attend the funeral of Mima’s cousin who had lost her battle with cancer.

After Mass as we were walking back to Chunita’s house we stopped at one of her friend’s house where several ladies had gathered and were discussing Fidel’s triumph. I remember some of them saying how they had always been sympathetic to his cause. The funny thing is I had never heard anyone discuss the subject before.

I don’t remember if it was that same day or the day after that Lazara and some of the workers at my mother’s beauty shop got us up on a truck to cheer and celebrate as Castro’s troops began to march into town. The soldiers all had beards and many had rosaries around their necks. I remember one soldier helping me get down from the truck and kissing my forehead.

As young as I was I realized that had my parents been in town, there is no way we would have been allowed to get on that truck. My sister tells me she kept hiding within the truck so no one would see her.

In the meantime  ——-   After the funeral my parents ran into some trouble traveling through the country roads getting back to Matanzas as Castro troops were everywhere. Tia Cary who was with them waved her red sweater from the car window chanting “Viva la revolucion” just to be safe.

The days that followed were full of chaos and confusion as mobs ransacked homes and places of business believed to have Batista connections and firing squad executions began. 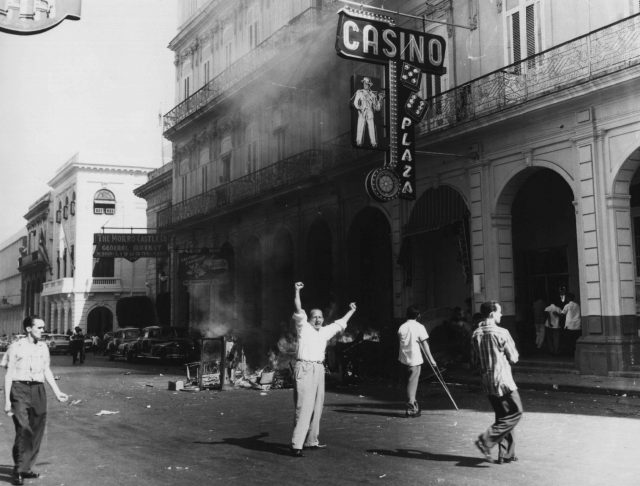